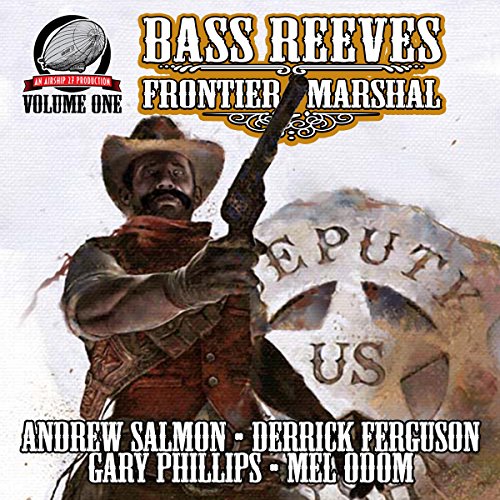 He began his life as a slave. During the Civil War he escaped and lived among the Indians in the Oklahoma Territories. He learned to ride, shoot and track prey from his adopted people. When the war ended, he was recruited as one of the first black marshals in the history of the west.

In a 30-year career, operating under the authority of Judge Parker out of Fort Smith, he captured over 3,000 outlaws, was involved in 14 major gun battles and never wounded once. At the ended of his career, he became a Deputy Sheriff in Tuskegee until his death at the age of 70. He is considered the greatest western lawman that ever lived.

Writers Gary Phillips, Mel Odom, Andrew Salmon and Derrick Ferguson have whipped up four action packed adventures inspired by this legendary figure. Tales of a wild frontier where outlaws and renegades roamed freely until the coming of one amazing man who wore a badge and vowed to bring justice to one and all. He was Bass Reeves - Frontier Marshal.

The book ended too quick, enjoyed it very much! The only thing that's not to like is that there isn't more information about him in history! It's too bad history has nearly forgotten about this great character!

There is four stories in this book. All four is good. Bass reeves should have had more attention given to him. If you like Bass Reeves or Books about Marshalls or just good ole westerns I think you would like this book. Stuart Gauffi does gook narrating this book. If my review is any help will you please click on the helpful link below. Thank you.