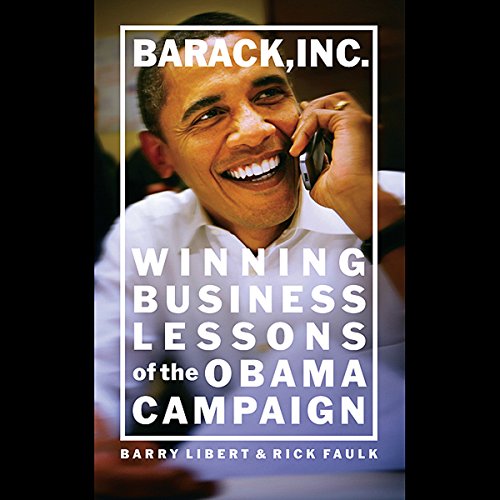 The election of Barack Obama as president of the United States was surely one of the least likely and most riveting stories of our time. But all of us - and especially businesspeople - have much to learn from the way Obama won his victory. This brief, important book spells out the lessons of the campaign and illustrates them with examples of successful companies that have used similar strategies and tactics.

"Obama is the first president of the Internet age... Every business leader should follow his lead and read this great book." (Don Tapscott, best-selling author ofWikinomics and Grown Up Digital)

Worth the time (and money)

Whether you like Mr. Obama or not,this book explains modern age techniques that got him into president seat. Other people can apply them beyond business: to their personal development, too.