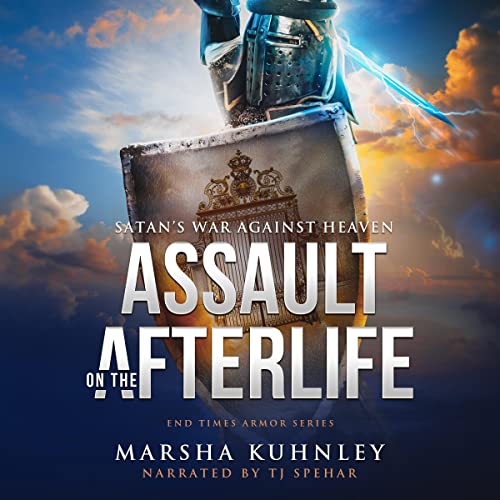 Assault on the Afterlife

It began thousands of years ago, and it rages still today. Spanning heaven and Earth, this is no ordinary war. It’s an assault on the afterlife.

"He opened his mouth for blasphemy against God, to blaspheme his name, his dwelling, and those who dwell in heaven." (Revelation 13:6)

A war against heaven.

Heaven - the physical place where God, the holy angels, and the deceased believers dwell. All are under attack. Are you looking forward to the afterlife, or do you dread what lies ahead? Don’t let Satan steal your hope and future heavenly rewards. Learn the truth about your eternal home, and anxiously await Jesus’s return.

Satan wants you to go to hell.

It’s your default destination. Have you let him deceive you about how to live forever? You can know the way to heaven. If you’ve put your faith in Jesus, then heaven is your future home. Satan’s assault is against you too. Are you wearing the armor of God? It’s your protection in this war. Are you wielding the sword of truth? It’s your weapon in this war.

Assault on the Afterlife is no ordinary audiobook about heaven and what various religions teach. With over a decade of experience studying biblical prophecy, Marsha Kuhnley has appeared on the popular Christ in Prophecy TV program. Now, she’s here to expose Satan’s war in areas you never even realized were an assault on the afterlife - Burning Man, The Great Reset, psychics, simulation hypothesis, transhumanism, and much more!

Inside this audiobook are the following:

If you like Bible-based insights, narratives about popular culture, and Bible prophecy topics, then you’ll love Marsha Kuhnley’s tenacious audiobook.

Get Assault on the Afterlife to stand firm against the devil’s deceptions today!