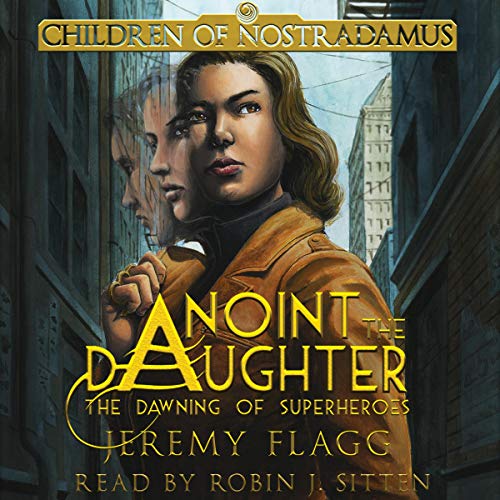 The ghosts do not lie.

For Eleanor, the future is written in stone, or is it? As a bloody war spreads across Europe, the mob seizes control of New York City. Unable to stand by as crime lord corrupts her home, Eleanor stalks the streets in a mask, weaponizing her ability to see the future. But when the Society strikes first, she must face a foe with gifts of her own.

There must always be four.

Eleanor finds the Society has its hooks in more than just mobsters. She discovers those around her are keeping secrets and not who they say. When the Society offers Eleanor a partnership, she must decide if she is strong enough to change the future of a centuries-old cabal.

Fans of alternative history, urban fantasy, and women who defy expectations will cheer for Eleanor as she becomes the vigilante New York City needs.