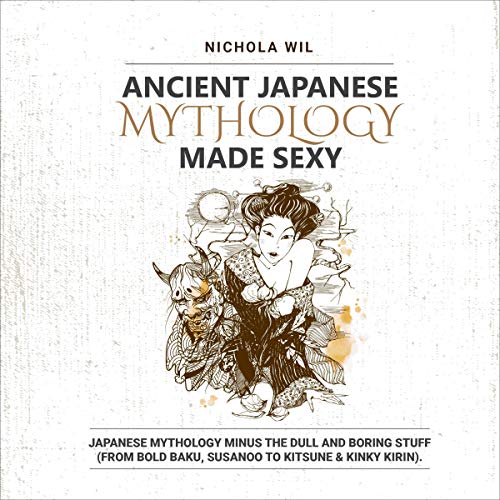 Get to know the enchanting history of Japan from a distinctly intriguing angle....

Japan has always been a source of fascination, especially for the Western world.

It has such a unique culture, brought about by years of isolation from the rest of the world. This isolation gave the Japanese the opportunity to fully develop its identity as a nation.

As a result, Japan has its own special brand of tradition and quirk that grabs our attention and sparks our curiosity.

They have given us such iconic modern characters, like Hello Kitty, Pokemon, and Godzilla, that are popular with adults and kids alike. And yet, their age-old traditions, like the samurai and the geisha, still captivate us to this day.

No wonder there are so many Japanophiles from all over the world!

In fact, you’re probably one of them.

It might have been the first anime show you watched that piqued your interest. Or maybe it was when you first discovered that your favorite horror movie was actually from Japan. Regardless of what first caught your eye, you were engrossed, and now you can’t get enough of anything Japanese. Because of the popularity of so many Japanese creations, its mythology is perhaps one of the least known aspects of Japanese culture. If you ask a random person to name a single god from Japanese myths, they probably wouldn’t be able to answer you.

And that’s a real shame, because the richness of knowledge you can derive from a culture’s folklore is immense. It reveals its internalized beliefs and values, as well as the source of its identity as a group.

In Ancient Japanese Mythology Made Sexy, you will find a treasure trove of stories that emerged from centuries of oral and written tradition. Here is just a fraction of what you will discover inside:

If you really want to learn about Japan, there are many other ways to discover their culture.

Food, travel, music, history, literature, pop culture, and many more - each one has a different experience for you to encounter, and each has its own value.

What makes folktales different is its interesting perspective born from its long-forgotten sources and its roots in ancient Japanese religions.

There are tales here that are helpful in promoting important values to children, but there are also stories with the sole purpose of enjoyment.

No matter what your level of knowledge or interest in Japan is at, you can find something useful and entertaining from these mythical tales.