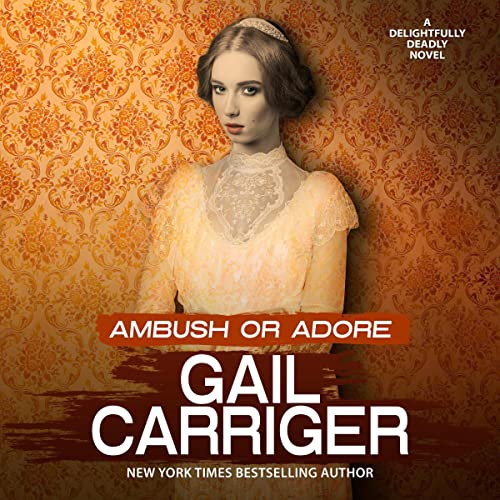 London’s best and most covert spy tries to escape the man who has always adored her.

Agatha Woosmoss, the Wallflower, is the greatest intelligencer of her generation. And no one knows she exists. She has been invisible, capable, and cunning for well over four decades. Her greatest skill is in her ability to go forever unnoticed. Except by one man.

Pillover Plumleigh-Teignmott is a professor of ancient languages at Oxford University. He’s tried to ignore his training as an evil genius and live a quiet life away from politics and intrigue.

When an assignment goes horribly wrong, Agatha must hide and heal. So she goes to ground with the only person who’s always kept her safe: Pillover.

Can Pillover hold on to the deadly woman who specializes in getting away? Will Agatha realize that patience is indeed a virtue, and that perhaps it is good to be noticed by the one who waits?

Spinning off from Miss Gail’s Finishing School series, this story stands on its own and spans decades, but was written after Defy or Defend. May contain vampires, old injuries, lost love, and the reappearance of many favorite characters. If you like gruff but caring men with secret sorrows and the tough smart women they love, you’ll also enjoy How to Marry a Werewolf, also narrated by Emma.

Someone needs to tell the narrator how to pronounce names. It’s very rattling and jarring to hear them pronounced so horribly!

Narrator, please listen to the other books and get into the mood of the stories! Learn about how the names work! I’ve been waiting for this book for ages and you’ve wrecked it! I will be returning it (sorry Gail)

I loved the melancholy love story. About a seemingly apathetic boy and his lost traveling spy.