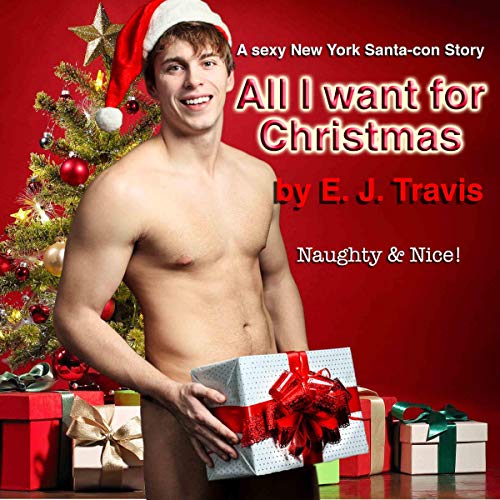 All I Want for Christmas

“Take it off,” I said, still dressed in my cute green and gold elf costume.

“Yes, but I want you to takeoff the beard and hat.” His body was already revealed and really hot in small reindeer boxers.

“Hey,” he said ,“If I take it off, you won’t be having sex with Santa, and I want to give you something naughty and nice!”

But wait, hold your reindeer - let me back up a little.

It was not the night before Christmas, but it was December and getting closer. In New York city, there is the annual Santa-con day, a day of fun, silly holiday charter costumes and drinking for cheap at various bars, which is how I got to this tipsy conversation with a hot guy named Josh.

Great book, kept my attention all the way to the end, amazing audio delivery, loved it. Will be reading again, every chapter was received amazingly do recommend you give it a read.

Not for straight people

Well, I'm sure this made some excited but if you're a straight lady like myself, it's def not worth the credit. I wish they'd been a little more descriptive about what this book entails. I wasted a credit.