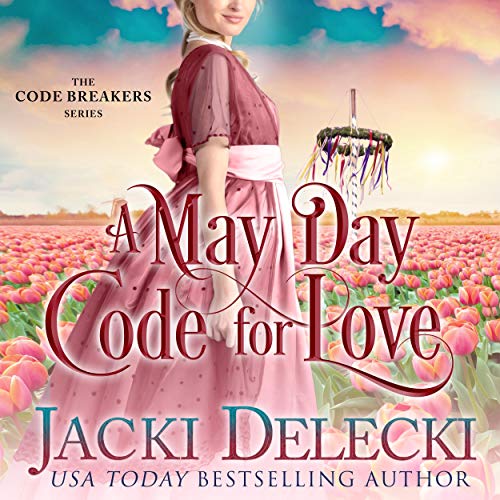 A May Day Code for Love

Enter the emotional, suspenseful regency world of USA Today best-selling author Jacki Delecki’s Code Breakers spy series. Undaunted by danger or scandal, these intrepid lords and ladies discover true love as they risk it all to save England from Napoleon’s treacherous designs.

When Miss Ella Evans, bluestocking and gothic fiction writer, is asked to accompany one of the Crown’s undercover agents to a May Day celebration in pursuit of a of a band of French smugglers, she cannot refuse even though it means confronting the man who stole her innocence with the empty promise of matrimony three years ago.

Lord Sebastian Grosvenor pledged his fealty to the Crown, but that loyalty is tested when Lord Rathbourne, Head of English Intelligence, demands he pose as the besotted beau to a bookish spinster to root out a dangerous foreign spy. When Ella’s clever machinations prove invaluable to their mission, Sebastian finds himself torn between protecting her honor and identifying the smuggling ringleader.

Danger and passion collide when Ella uncovers the spy’s identity and is kidnapped. Can Sebastian rescue the young woman who’s stolen his heart without sacrificing his duty to the Crown?

A May Day Code for Love first appeared in the anthology A May Day to Remember.