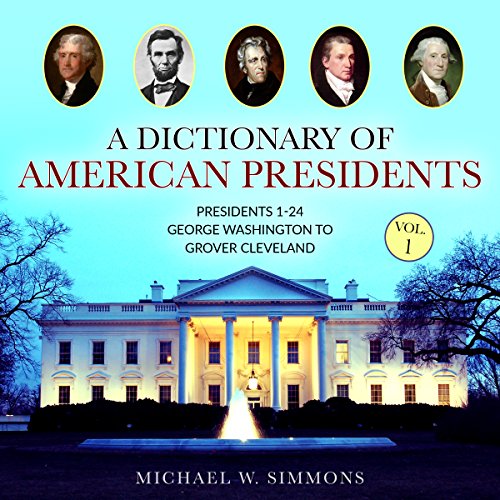 A Dictionary of American Presidents Vol. 1

A Dictionary of American Presidents Vol. 1: Presidents 1-24 George Washington to Grover Cleveland offers an introductory glimpse into the background, upbringing, education, and political agendas of every American president from the years following the Revolutionary War to the end of the 19th century and Reconstruction. The first in a two-volume collection, this book offers the reader the opportunity to trace the development of the United States and the office of the Presidency from its inception in 1789 to the brink of the 20th century. This lively, informative examination of the people and events that shaped the first one hundred years of the American presidency answers the question: what sort of person does it take to shepherd a new nation from its rocky, tumultuous beginnings, to an era of increasing international prestige and geographical expansion?

From the Founding Fathers and the Era of Good Feelings, to the Civil War and the Gilded Age, from Virginia plantations to log cabins on the western frontier, from self-taught lawyers to storied military heroes, from the Bill of Rights to the Thirteenth Amendment to the Constitution: the story of the American presidency is neither more nor less than the story of the American nation.