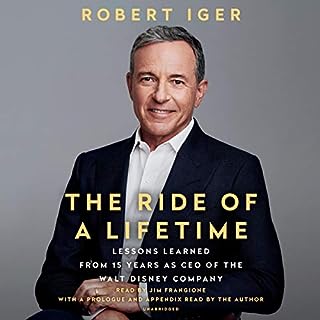 Robert Iger became CEO of The Walt Disney Company in 2005, during a difficult time. Competition was more intense than ever, and technology was changing faster than at any time in the company’s history. His vision came down to three clear ideas: Recommit to the concept that quality matters, embrace technology instead of fighting it, and think bigger - think global - and turn Disney into a stronger brand in international markets. In The Ride of a Lifetime, Robert Iger shares the lessons he’s learned while running Disney and leading its 200,000 employees.

Its hard to seperate the parts where Iger is genuinely sharing experience and wisdom, offering good advice and some insight in his years as a buisness man, from the parts where Disney s political correctness prevents all form of honnesty, confesion of guilt, ill intent and bad decion making. This book would have been better had it been released 3 years later, after Iger s retirement. As is, its an odd hybdride of honnest wisdoms gained from experiences told to us with a lack of honestly. 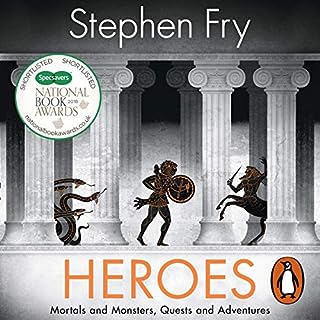 Penguin presents the audiobook edition of Heroes, written and read by Stephen Fry. There are heroes - and then there are Greek heroes. Few mere mortals have ever embarked on such bold and heart-stirring adventures, overcome myriad monstrous perils or outwitted scheming vengeful gods quite as stylishly and triumphantly as Greek heroes. In this companion to his best-selling Mythos, Stephen Fry brilliantly retells these dramatic, funny, tragic and timeless tales.

A Practically Perfect Book in Every Way

There are few greater joys than hearing an old and beloved story told again in a new and powerful way. Stephen Fry's writing and performance make these anciant and well known myths both fresh and exciting.
Even those I can recite by heart kept me wildly entertained.
A truly wonderful book and audiobook. 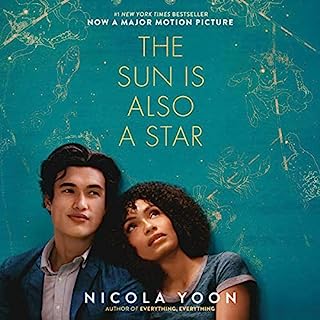 I'm a girl who believes in science and facts. Not fate. Not destiny. Or dreams that will never come true. I'm definitely not the kind of girl who meets a cute boy on a crowded New York City street and falls in love with him. Not when my family is 12 hours away from being deported to Jamaica. Falling in love with him won't be my story.

Not amazing but very nice

The book isnt fantastic but its a nice read. The performances are great, the writing cleaver, the story engaging. A nice YA.

Paulo Coelho's enchanting novel has inspired a devoted following around the world. This story, dazzling in its simplicity and wisdom, is about an Andalusian shepherd boy named Santiago who travels from his homeland in Spain to the Egyptian desert in search of treasure buried in the Pyramids. Along the way he meets a Gypsy woman, a man who calls himself king, and an Alchemist, all of whom point Santiago in the direction of his quest.

A great story that is worth reading twice or even three times. not too sure about the voice actors choice of voices for the different characters tho. 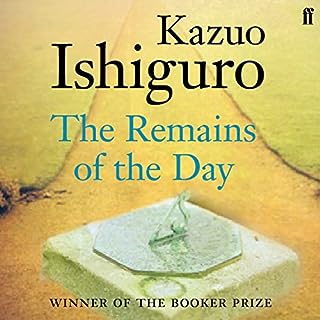 A contemporary classic, The Remains of the Day is Kazuo Ishiguro's beautiful and haunting evocation of life between the wars in a Great English House. In the summer of 1956, Stevens, the ageing butler of Darlington Hall, embarks on a leisurely holiday that will take him deep into the countryside – and into his past.

Way better as an audiobook

I had to read thos book for my literatute class amd couldnt get trought the first chapter. As an audio book however, and thanks to the narrator s great performance, i found muself very engaged with the story. Mr Stevens really comes to life in this format. 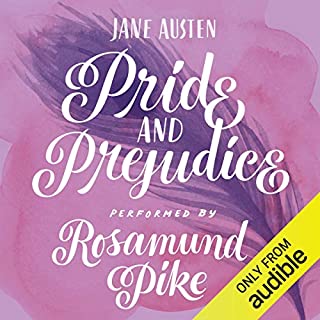 One of Jane Austen’s most beloved works, Pride and Prejudice, is vividly brought to life by Academy Award nominee Rosamund Pike ( Gone Girl). In her bright and energetic performance of this British classic, she expertly captures Austen’s signature wit and tone. Her attention to detail, her literary background, and her performance in the 2005 feature film version of the novel provide the perfect foundation from which to convey the story of Elizabeth Bennet, her four sisters, and the inimitable Mr. Darcy.

"Uneducated woman manages to marry all five of her daughters to men they love and never gets thanked for it" is a decent book, tho it is slow and the characters and story seem extremely dull and shallow by today's standards. The writing is impecable and also makes up for all other defaults. 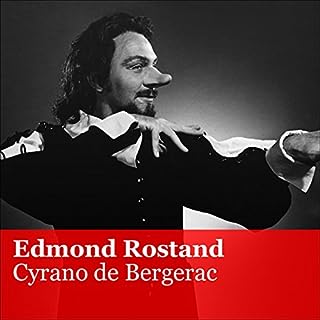 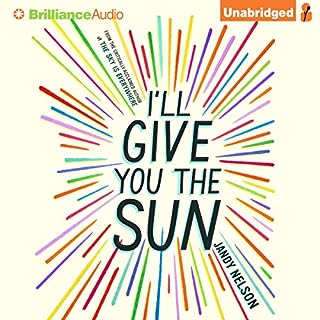 Jude and her brother, Noah, are incredibly close twins. At thirteen, isolated Noah draws constantly and is falling in love with the charismatic boy next door, while daredevil Jude surfs and cliff-dives and wears red-red lipstick and does the talking for both of them. But three years later, Jude and Noah are barely speaking. Something has happened to wreck the twins in different and divisive ways…until Jude meets a cocky, broken, beautiful boy, as well as an unpredictable new mentor.

Portrait : Self Portrait, Girl with a Galaxy for a Ribcage and a Whale for a Heart 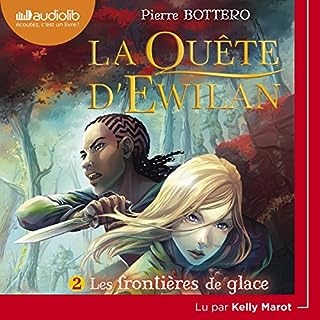 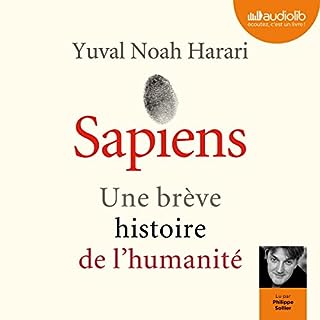 Anyone who has any interest in science, history, humanity or the environment should get this book. it is both brilliant, funny, clever and enlightening. I loved it!